Toronto, or the “6” as we’ve come to know it, was a hotspot for a bunch of celebrities for the NBA’s 2016 All-Star weekend. When in Toronto, there’s obviously one person who no one can escape, and that’s none other than Drake. Over the weekend, Drake played a major role. He also received the keys to the city. 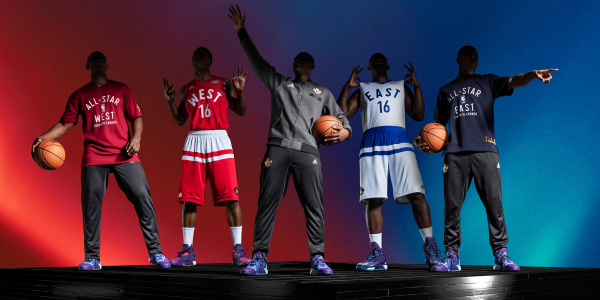 The weekend kicked off on Friday February 12, with the “Hoop Shots” exhibit filling the 68th floor of the First Canadian building. Filled with old basketball photos of Hall of Famers, the exhibit attracted many basketball die-hards and celebrities. Later that evening, the Celebrity All-Star Game was on! Coaches Kevin Hart and Drake both pushed their players to play as hard as they could, which was nothing short of entertaining. Check out this intro video via the NBA Highlights YouTube channel:

In the end, Team Canada came out victorious.

Moving on to Saturday, the Skills Challenge proved entertaining. Next up, the 3-point shootout between comedian Kevin Hart and Draymond Green made for an even more excitingly hilarious night! All of this though, led up to the All Star Slam Dunk Contest, one of the all-star events that has been waning over the years. However, according to Fox Sports this 2016 contest has been consistently called the best slam dunk contest in a while. Check Out some of the best dunks of the 2016 dunk contest right here:

Zach Lavine, with much controversy, ended up the victor over Aaron Gordon.

To close out the weekend, the big All-Star game went live sunday night. Of course, Kobe was given his much deserved tribute (2 actually) on the jumbotron with many of his current and former colleagues speaking about the greatness that is the “Black Mamba”. This was his 18th time participating in the All-Star game, and it was a great farewell for Kobe. Russell Westbrook won his second straight All-Star MVP title, with a game high of 31 points which helped towards a 196-173 win for the West. “I was honestly surprised I won it again”, Westbrook told ESPN. Here are some highlights from the game:

Previous: Tomi Lahren vs Charlamagne Tha God
Next: A Message to Apple Customers