When I first started Dorm Room Television I had one goal in mind, I wanted to change the way college students were being viewed. I would always hear older people talk about how “this generation” was slacking in every way possible. We were not creative, we didn’t want to work, we wanted everything quick, and the worst of all, we didn’t have real opinions about anything. According to them all we did was party, drink, have sex, and occasionally go to class. I thought very different, I would be in school and I would hear the conversations about love, family, careers, and all the other “important” things that society tells us breeds success. We had opinions, I had been to the talent, art, and fashion shows so I knew we were creative. My idea was simple I wanted my site to be the outlet for the college kid who just dropped their new mix tape, the kid who created their own clothing line and needed some promotion, or the kid who loved politics and wanted to be a future leader. I saw all of the talent and I was very aware that it was hard to break into every arena be it fashion or becoming the next Obama coming straight out of school. 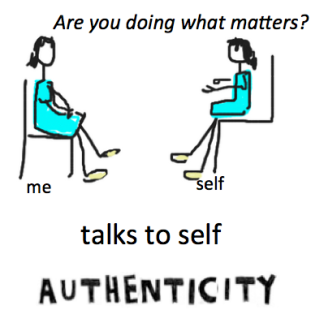 In college it was easy to create something and shut out the noise of society because you live in your own little world. I mean you actually get to eat in lecture classes and leave without asking the teacher to use the bathroom. The autonomy of a college student is under appreciated, you only gain appreciation after you graduate. With all of that being said I graduated, and boom the world happened now it became about numbers and margins. It was like someone turned my hearing aid back on and I heard it all. I was out of the bubble and now in the realm of dealing with creativity and being competitive. I was hit hard and I fell for all the bullshit, it wasn’t until recently (within the last three years maybe two) I started to remember who I was and why I wanted to create my site that it dawned unto me why I simply can’t worry about anything else. My opinions have always been loud (meaning I have always known how I felt about something) I was never a person who could easily be swayed once my mind was made up. But now I had been put into situations where if it didn’t look like that or sound like this then I wouldn’t be successful.

The funny thing about trying to fit in or the term often misused “go with the flow” of things is that it will only breed success for a short period of time. How could I have missed the fine print? You can copy or try and be like anyone and you most likely will gain success because you are taking from something that is already successful but it will only breed success for a short amount of time. Why? Because its not who you are, you can only copy so much until the success that you are seeing starts to dwindle. [Tweet “I don’t care what it is when you are operating from a place that is not authentic to who you are there is a cap on the level of success you will reach. “]This applies to all areas of your life, from friendships (being a fake friend) relationships (acting like you love shorty when you know its not the case) I can go on and on but understand this there is a cap on the amount of fake shit even you can muster to produce on a daily basis.

Think about it, do you know how hard it is to get up every morning and be someone else? Whatever arena you are inauthentic in it will become draining. Like going to a job you hate, why do you think you become so sleepy when you get to work? If you were off you would most likely still be up but because you have to go somewhere and operate a level that really is not authentic to who you are its fucking draining. It’s like someone is squeezing the life right out of you. Look at people copying something or trying to be like someone they are not, it takes great skill to copy a painting because one wrong move and the smallest flaw you will be outed. Now imagine if the person doing the copying were trying to copy a person or imitate creativity at it’s purest form? It will last but not long, and I learned it through my own site that trying to be the next so and so will get you nowhere. Gaining numbers but I didn’t feel inspired, my inspiration came from being authentic. When I am authentic it opens me up to work in my own zone and when that happens I am able to tap into things that inspires me. I am inspired by everything but I have to be working in a pure space to receive the inspiration to create. Once that happens anything I do will be good because it came from some place that is real. No. I didn’t say anything I create you will like, so before you roll your eyes let me say it again. When I am operating from an authentic space I am inspired so anything I create will be good because it’s real. Now whether a person likes it becomes subjective to the audience.

I just want you to know that when you operate from a pure place you become inspired to create something that can’t be judged or measured. Because that is where the talent that God gave you gets to blossom. Now go bloom and create some dope shit so I can post it on my site please 🙂