Last October, we issued a statement indicating that honorary degrees were conferred at a moment in time, based upon what was known about the candidate at that time, and it had never been the university’s practice to rescind a degree in response to later information. Since then, however, I have continued to discuss this issue with students as well as colleagues. What has particularly moved and impressed me has been the argument that, whatever may ultimately be determined about the guilt or innocence of Mr. Cosby in a court of law, the controversy itself has become a cause of renewed distress for our students and alumni who are survivors of sexual assault. That makes this case different, in my considered judgment, from other cases in which the assessment of a degree candidate might be altered by subsequent information or events. I have therefore decided that the university will rescind Mr. Cosby’s honorary degree.

If you take the time out to read the letter it really was wonderfully put together. It opened with the detailed explanation of the”It’s On Us” campaign. The letter also included that it was the students who raised the question about Cosby’s degree. This is all still technically because of allegations, Cosby (like it or not) has not been found guilty of anything so far. It is by public opinion that he is guilty, and clearly public opinion is making sure that by the time it’s all said and done Cosby won’t have a degree left. 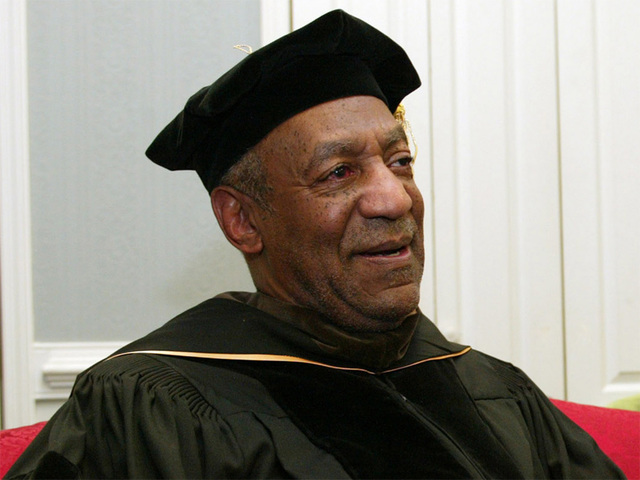 I do understand that Bill Cosby is a man and Cliff Huxtable is a made up character. I, like the rest of America fell in love with Cliff which makes it hard for some to believe that Bill Cosby could be guilty. I also understand how the media can really drag a person through the mud (especially a Black Man). If he in fact did commit all of those horrible acts then he deserves everything that he is getting times one hundred. But, what if he didn’t?

Previous: New Music: CollegeCal “A Letter To The Commission” (Listen)
Next: Oscars So White