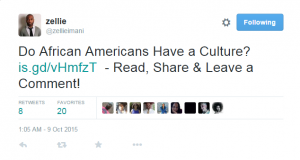 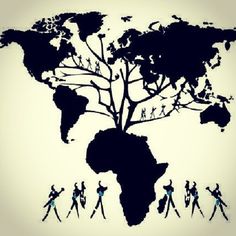 My existence derives from your soil. Many many years ago I was stolen in the night and told I would never again know what it means to be housed in your womb. It was terrifying; the entire ordeal. Before I knew it I went from my home to a wooden prison to a strange land with people whose skin must of never felt the kiss of the sun. They were not like us in anyway, but I quickly learned to survive here I would be forced to adapt.

Through all the trauma I faced, I learned to create little traditions that would later be passed down from generation to generation, much like what we did. We sang through the pain, we danced in the rain, prayed to keep our faith, and remained together while having everything at stake. I was never quite like you, but I aspired to keep my people– our people lifted. Most of what I did for them was reminiscent of what you taught me under the starlit nights as I was nestled close to your bosom, but it still was not the same; I was never quite like you.

But our people did not let that stop them from embracing me and building me up! They continued to take from their oral traditions, experiences, and add to our overall stay in this new land. Before I knew we went from unknown people to savages to slaves to racial slurs to this new concept “African-Americans.” It seemed we had become a part of this country we helped to construct from the ground up and with becoming a part of it, I had been claimed as the official culture of all who were put under that denomination.

You would think I would be happy, but I was not. They made me feel as though I was a part of American culture but I still am not. Decades later I am still raising my voice to be seen as a culture worth fighting for. And to add insult to injury, I am not only fighting against those who forced me here but I am also fighting with you, why? Since when did our “us” turn into “you” and “me?” When did I go from a piece of your whole to the prodigal son?

Constantly those born and raised under my care are denied from those who are now born and raised under your own. I watch as mine try to wear traditional clothing from you, learn the languages, listen to the music, eat the foods, and the list goes on, but yours tell them “no, you are not us. Stop trying to be.” But tell me Mama Africa, how can they stop trying to be who they are? Do you not remember when I was stolen in the night? I tried to hold on to what you taught, I really tried, but over the years I was shaped into something that was more recognizable to my people– our people here. Still, that does not mean I do not want them to know you because without you there would be no me and no us.

Have I ever told you I cry in the night because it is hard for me to teach the new generations about you from a first-hand perspective? I can faintly remember now and after we came here and were shuffled around, ripped apart and poorly put back together, we lost touch with our innate instincts. We lost our native tongues. Our names were changed. Our families were broken. But all we had to hold to was what we created here, but the roots of what we created do not reflect where we are from. We are from you. I am from you and I long to reconnect.

Tell me why you cannot see they separate us on purpose? We are one in the same. I hate that they renamed me because ever since my name change it seems you do not recognize me, but I am still you. And although there many be things I have forgotten, teach me. Be patient with me. Remind me what is was like when we were all one and stronger than ever. Here, may of our people are dying and desperately seeking your guidance; help us, do not shame us. It was not we who wanted to leave you.

So even though we began something new here from what we were (and were not) given, we are still from/of you and I never want our people to forget.

African-American Culture (The part of you stolen in the night)