Domineer Media Group LLC. is composed of four young women, Avery Watson CEO/Executive Producer, Janelle Marie, President/ On-Air Talent, Amanda Watson VP/Digital Content Manager, and Le’trice Deshon, Social Media Manager. Together these women make up Domineer Media Group and when you see any of them they are often referred to as “The Doms.” Domineer Media is dedicated to displaying and promoting powerful content on up and coming music, media, and fashion professionals. From live interviews at events to creating a space for up and coming artists to get their music heard they are covering all bases. Domineer Media held their Industry Mixer the, “Summer Edition” where industry professionals and music artists got the chance to mix and mingle. Featured artists of the night included “The Silent Celeb,” “Tray Pizzy, “ “Kiki Klymaxx,” “Kennie Dub & Au8ust,” “Adrenalin,”  “CarLovy Music,” “She Real Talk,” and so many more. Artists were able to premiere their videos and have  a live interview with the ladies of Domineer Media.

I was able to catch up to some of the artists for a few interviews. Kiki Klymaxx is a female emcee that hails from the Bronx, she keeps it real and raw in all of her lyrics. 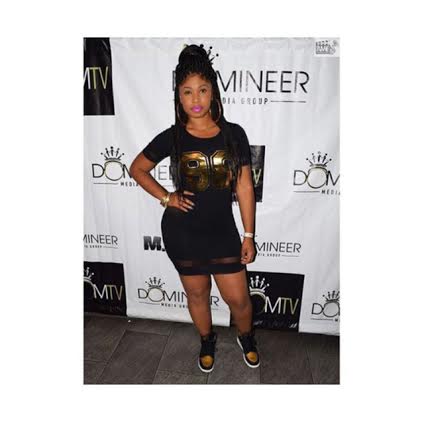 S.H: What made you get into hip hop?

Kiki Klymaxx: I was always into music and dancing when I was younger. I used to play with rap and then I started to take it more seriously and began my music career.

S.H: What do you bring to hip hop that’s not out right now?

Kiki Klymaxx: Well, right now what I’m trying to do is create my own lane as far as schooling the females. Right now I have four new freestyles out which is on a throw back Thursday beat. I have a song called “How to Keep a Man.” I’m just talking about everything that’s going on in our reality, everything on social media, things that people are posting, there is no one really rapping about it or talking about whats really going on.

S.H: What is your style of rap, your flow?

S.H: Who are some of your musical influences or inspirations?

S.H: If you could work with one person in the industry, who would it be?

Kiki Klymaxx: There are so many but if I had to choose one, Big Sean.

I was able to catch up with Harlem native Carlovy Musicc a conscious rap artist who is bringing something creative and fresh with his music. 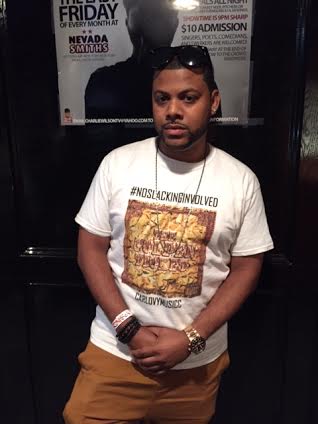 S.H: What type of music do you create?

S.H: How did you get into music?

S.H: What are you bringing to the music scene that is different?

Carlovy Musicc: I’m trying bring intelligence back, I’m trying to bring back morals, I’m trying to make it cool to be smart, it’s okay to be yourself. Shout out to the weirdos (He laughs).

S.H: Who did you grow up listening to?

Carlovy Musicc: I have different music inspirations now, coming up it was more Ruff Ryders, the whole Bad Boy camp, Tupac, The Lox, Styles P. But now I’m into more R&B, Musiq Soulchild, Joe, as far as the new artist The Weekend, it’s just a mixture. If you had to wrap me all in one I’d give you Micheal Jackson, Tupac, and Kanye West.

S.H:What type of sound do you have?

Carlovy Musicc: I’m a mixture of hood  and some R&B but I’m out the hood. I’m trying to give back to the community.

S.H: If you could work with one person in the industry who would it be?

Carlovy Musicc dropped his video for  “Hi Hats” check it out below…. 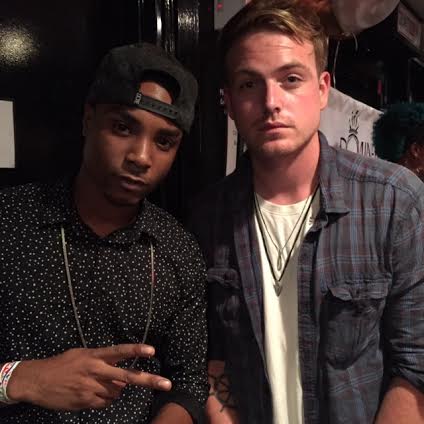 S.H: Where are you guys from?

Kennie Dubb: I’m from the Bronx.

S.H: What style of music do you guys create?

Kennie Dubb: I do hip hop.

Au8ust: I do EDM (electronic dance music) and alternative R&B

S.H: So how did you guys get together?

Kennie Dubb: We met at a show over a year ago, and we kept up with each other supporting each others music, so we decided to collaborate on a song.

Au8ust: Yeah Kennie reached out to me and sent me this beat. I felt it the first time I heard it, and everything else has been history.

S.H: What has music inspires you to write and create?

Au8ust: I agree with Kennie, I get inspiration from more soul music from the 60’s and 70’s.

S.H: If you could work with one person who is out right now in the industry, who would it be?

Kennie Dubb: Its a band from Massachusetts called “Passion Pit,” they make really dope music, I’d like to work with them.

Au8ust: I’d probably have to say somewhere with October’s Very Own.

Check out their video, for their song “No promises.”

Now I must admit I had never heard rap artist Adrenalin’s music prior to this interview but his personality met me at the doe! He was very energetic and very down to earth. 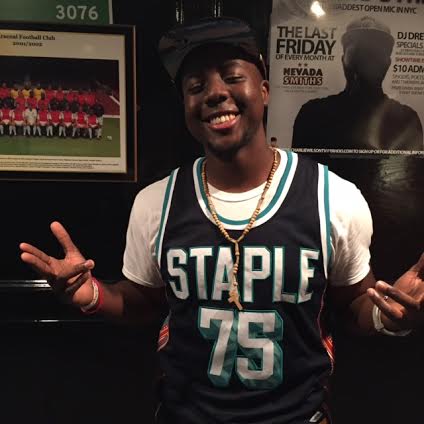 S.H: So for starters where are you from?

Adrenalin: Well my name is Adrenalin and I’m from Long Island, NY.

S.H: What type of music to you create?

Adrenalin: Well I’m an emcee as well as a songwriter. I’ve done a couple of R&B records for a lot of up and coming R&B singers and I just released my debut project, “For Better Or Worse.” It came out this past January and I’m here at the Domineer event tonight to premiere the second single and video for the project called “Where It’s At.”

S.H: How did you get your start?

Adrenalin: I got my start when I got published my first poetry book when I was in first grade. (Adrenalin laughs). Like a lot of emcees, I started off just as a poet and I loved being able to come up with creative words and being able to put words together to make music. And when I was about nine year’s old I wrote my first song and from there the rest is history.

S.H: What do you bring to the music world?

S.H: What’s your style of writing and creating?

Adrenalin: My style of writing its more formulated in an endemic way, because I feel like if people can naturally feel some type of gravitational pull to you then you got them forever, you just have to maintain that. So my name is partially Adrenalin, because I live for that energy, I live to make people forget whatever they are going through and just have a nostalgic  feeling of listening to the song I create. If I can do that with every song that I release I’ll have longevity, that’s my goal.

S.H: Who has been some of your music influences?

Adrenalin: My first music influence um was the first album that I brought and that was the Spice Girls. (I cracked up laughing because I was not expecting that answer). You can’t tell me for a six maybe seven year old kid that wasn’t the greatest group ever! (Adrenalin is cracking up trying prove his point). And they really rocked a huge stadium, as I got more into Hip Hop it was Nas, DMX, Busta Rhymes, and LL Cool J. It even goes further into people like Dennis Brown and Freddie Mcgregor. These are older reggae artist who I felt knew so much about lyrics, melody and reality that I wanted to put that into my songs while having the same amount of energy that DMX had and the same cadence that Nas has. I feel that I have enough versatility to touch on each one of those while putting my own twist on it, and by doing that I am where I am today.

S.H: Who are your top three artist out right now?

S.H: If you could work with one person in the industry, who would it be?

There were many other artist that were featured, like my girl The Silent Celeb who did a live interview at the summer mixer. Check out her performance at SOB’s below…

Music Artist She Real dropped her video “Where The Soul At”

Music artist Kev Skrilla “I Once”

The night was filled with so many talented artists, industry people, supporters of Domineer Media, as well as supporters of the artists. Domineer Media and the women behind the brand have been grinding, they are helping independent artists by creating events like this one to give them a platform to have their music showcased. That is the definition of Domineering and they represent their brand to the fullest. Take a look at some photos from the summer mixer below…. 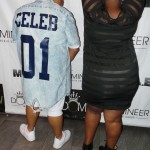 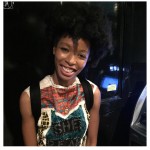 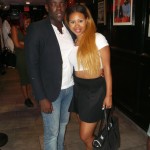 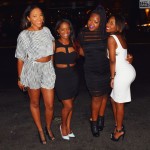 The Ladies of Domineer Media Ent 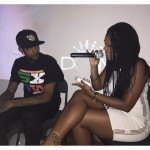 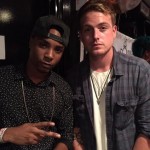 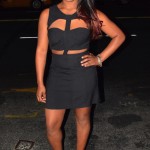 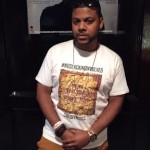 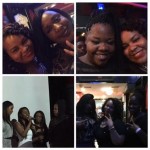 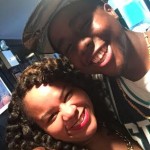 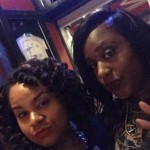 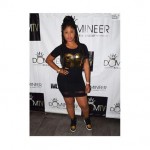