March 8th celebrates the social, economic, cultural and political achievements of women all around the world with International Women’s Day.

This day has been observed since the early 1900’s, a time of great expansion in the industrialized world that saw incredible growth in population and the rise of radical ideologies.

World-renowned feminist, journalist, and social and political activist Gloria Steinem says “the story of women’s struggle for equality belongs to no single feminist nor to a 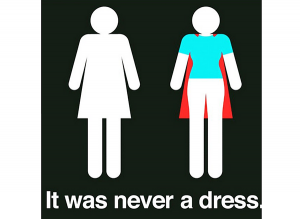 ny one organization, but to the collective efforts of all who care about human rights.”

What exactly is International Women’s Day? It is a day of celebration and reflection; advocacy and action. Since 1908 when 15,000 women marched through the streets of New York City demanding shorter work hours, better pay, and voting rights, women have been fighting for their right to be treated equally and celebrating the achievements they’ve made thus far.

To take your part in this international holiday, you can visit the International Women’s Day website here and take the #PledgeforParity. The World Economic Forum made a prediction back in 2014 that it would take until the year 2095 to achieve global gender parity. One year later, they calculated a slowdown in progress and estimated that the gender gap would not fully close until 2133 (Global Gender Gap Report).

By taking the Pledge for Parity, you are committing to take a concrete step to achieve gender-balance more quickly. Taking this action includes helping women achieve their ambitions, gain leadership, respect and value each other’s differences, and so much more.

Gender parity has been linked to great economic prosperity. Women’s advancements and leadership are central to business performance. The world needs all the help it can get from women.

If you would like to get involved in this women’s movement, make the pledge, develop a campaign with your friends, host an event and make your voice supporting the women in your lives heard!