While some are anticipating the seemingly hilarious upcoming 2016 Presidential election, others (i.e. geeks like me) are anticipating 2016 for a different reason–well several different reasons: 2016’s comic book movies (CBM). And yes, we’ve been living in the CBM age for a while now, so what makes 2016 so special you might ask? Well arguably it’s the fact that we get to see some of our favorite characters go to war with one another or the greatest superhero with no superpowers fight the Man of Steel. Regardless, 2016 has the geek in me ready for what looks like the best year for comic book movies, and if you don’t believe me, here is a breakdown of the seven films that might change the game. 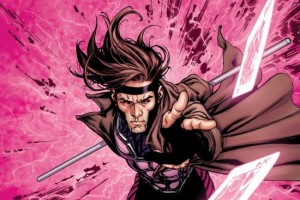 7.Gambit (Expected Oct. 7, 2016)
Gambit, starring Channing Tatum, is reportedly a origin story to the card-playing mutant Remy LeBeau who has the ability to turn the any potential energy store in an object and turn into kinetic energy upon a simple touch. Simply, Gambit can charge up the object, throw it at a target and release this energy explosively on impact; and he also has superhuman agility. Cool, right? See us 90’s babies remember Gambit from the animated X-Men series, jumping around throwing glowing playing cards and all over his girl Rogue (which was too much for T.V. back then but…).

There were a few rumors that Tatum had dropped from the leading role, but the jokes was on anyone who believed it because Tatum officially signed on to portray the Gambit. It’s unclear who else will be featured in the movie alongside Tatum’s charming mutant thief of a character or if he will appear in X-Men: Apocalypse, which is nearing completion, but that doesn’t rule out a post-credit scene introducing the character. Only time will tell for now

Gambit will be one of the three Fox Marvel movies released in 2016. 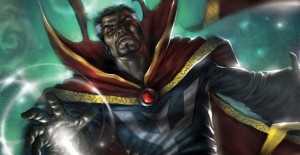 6. Doctor Strange (Expected Nov. 4, 2016)
This is definitely going to need a little bit of explaining…
Doctor Strange follows the life of brilliant yet arrogant surgeon Dr. Stephen Strange (Benedict Cumberbatch, Sherlock; 12 Years A Slave) who has career destroyed (nerve-damaged hands) but thanks to the Ancient One (Tilda Swinton, Trainwreck) grants Strange a new chance at life, battling the evils of the world.

Doctor Strange is a powerful sorcerer in the mystical world; he possesses a range that are unknown but to name a few: energy manipulation, illusion-casting, astral projection and teleportation. Interesting… But not as interesting as his rival Baron Mordo, (Chiwetel Ejiofor, 12 Years A Slave).

Marvel legend has it that Baron Mordo was also under the leadership of the Ancient One before plotting against him, making Strange and Mordo rivals.

It should be interesting to see Cumberbatch and Ejiofor share the screen again, all the while Swinton taking on the “male” role of The Ancient One, which of course caused a small uproar because she is a woman and women can’t do everything a man can do right? Like acting for example. 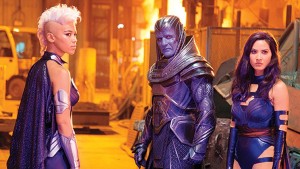 5. X-Men: Apocalypse (Expected May 27, 2016)
When the trailer for Apocalypse hit Twentieth Century Fox Comic-Con panel last month, the internet went crazy with the leaked footage, not to mention the official images of the cast in Entertainment weekly, which had everyone pissed off about Apocalypse’s “look” vs. his “comic book look”.

X-Men: Apocalypse plot may be unknown, but based off the footage and photos, the movie takes place in 1983, where we’ll see the younger versions of the mutants like Jean Grey (Sophie Turner, Game of Thrones), Scott “Cyclops” Summers (Tye Sheridan) and Ororo “Storm” Munroe (Alexandra Shipp, Drumline 2).

According to the discussion Comic-Con panel, this will be is the last installment in X-Men: First Class arc. The story will follow the X-Men going up against their greatest threat yet Apocalypse (Oscar Isaac) who plans to “rebuild” the world. If you’ve followed the X-Men movie franchise, then you know the only two powerful mutants were Magneto and The Phoenix, but with this new movie Apocalypse will put them to shame as it is said that he is the “first” mutant…EVER! Also, the events Days of Future Past (2014) altered everything; meaning all the .

May 27, 2016 marks the end, as the powerful Apocalypse makes his presence known. Are you ready?

4. Deadpool (Expected Feb. 12, 2016)
The official red-band trailer hit the internet earlier this week and it was nothing less than entertaining. Wade Wilson (Ryan Reynolds) is a Ex-Special Forces operative turned mercenary who is diagnosed with cancer, which leads him to sign up for an “experiment” that leaves him with astounding healing abilities. With his dark & dry humor surviving his experiment, new powers and new alter-ego Deadpool, Deadpool hunts the man who left him for dead in the new anti-hero thriller.

You can watch the hilarious trailer here.

But if you are a fan of the comics, then you already know Deadpool will be as action-packed as it will be hilarious. 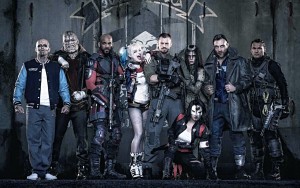 3. Suicide Squad (Expected Aug. 5, 2016)
What happens when you place nearly a dozen skilled criminals and rejects together in 2016? You get the Suicide Squad (S.S.), that’s what.

The movie touches on the past of the new Batman (Ben Affleck) who put all of the Suicide Squad in Belle Reeve, where Waller recruits them. The events in S.S. will take place months before the much anticipated Batman V. Superman: Dawn of Justice, meaning we may get a preview of the Batman facing off against some his foes after discovering their “release”.

The biggest moment in the trailer is when you hear the methodical laugh of the Joker, played by none other than Jared Leto. When you see Leto’s new Joker being chased by the 20-year vet Batman in the trailer, you can only imagine how that story is going go when the Batman catches up to him. 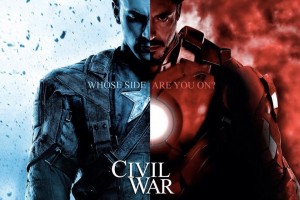 2. Captain America: Civil War (Expected May 6, 2016)
The moment we’ve all been waiting for since the events in The Avengers(2012) or maybe before than. Either way, the biggest showdown in the MCU: Iron Man (Robert Downey Jr.) vs. the legend himself Captain America (Chris Evans) in the third installment of the Captain America franchise: Civil War.

Hats off to the MCU for doing what most CBM movies forget to do: develop the charcters! The reason why Civil War is so hyped is because we’ll finally see a fight between our beloved characters Iron Man and Cap over what they been arguing about since The Avengers: Order. The movie picks up after the events of Age of Ultron and Ant-Man, where Tony Stark (I.M.) is working to restore peace and handle issues without causing so much damage, like Hulk did in A.O.U. Steve Rogers (Capt.) disagrees with Stark’s ways and the new restrictions enforced by the government, so… they fight. Only way, right?

This movie is so big because we finally get a new Spider-Man who played a big role in the Civil War comics, being the middle man in Stark and Roger’s fight. Also, we see this fight divide what’s left of the Avengers and other MCU characters like Ant-Man and the introduction of the legendary Black Panther (Chadwick Boseman, 42) for example. 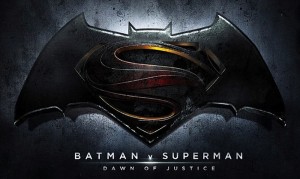 1. Batman V. Superman: Dawn of Justice (Expected Mar. 2, 2016)
“The red capes are coming, the red capes are coming!”
Without question, possibly the biggest movie in 2016 might be Batman (Ben Affleck) versus Superman (Henry Cavil) in a introduction to the Justice League (which has a 2017 release date F.Y.I.).

In this follow up to Man of Steel(2013), our veteran Dark Knight “fears” the actions of a god-like, modern-day superhero if unchecked, so the Caped Crusader looks to battle Metropolis’ savior Superman. In the midst of this, the appearance of the Amazonian superheroine Wonder Woman (Gal Gadot, Furious Seven) adds more drama, as a new threat comes on the horizon they won’t see coming.

The trailer is for this movie in one: INCREDIBLE!

Not to mention, we get to see the lead up to the formation of the Justice League, with rumors that Batman already recruited members before Superman’s fight with General Zod in Man of Steel.

And there you have it, a guide for the next round of CBMs that may lead to a bigger and better 2017? Hopefully, because if the 2016 Presidential election ends with Trump as our Commander-In-Chief, then we may need super-saving for real!