The balled dropped a couple of days ago and our 2016 goals began or did they? We all made some sort of list of goals we wanted to accomplish. Whether it was losing 30 pounds in 30 days or trying to wake up an hour early to accomplish more. The goals were set and we were all amped, some of us put up memes to let the world know that the person that you knew in 2015 is gone…forever (Cardi B voice). Others changed their phone numbers, and deleted people from their lives for good this time. And then the ball dropped and a couple of days passed and you might already feel as though you have fallen behind on those goals you set in 2015 for 2016. Here are a couple of ways to make sure your #NewYearNewMe meme stays intact in 2016. 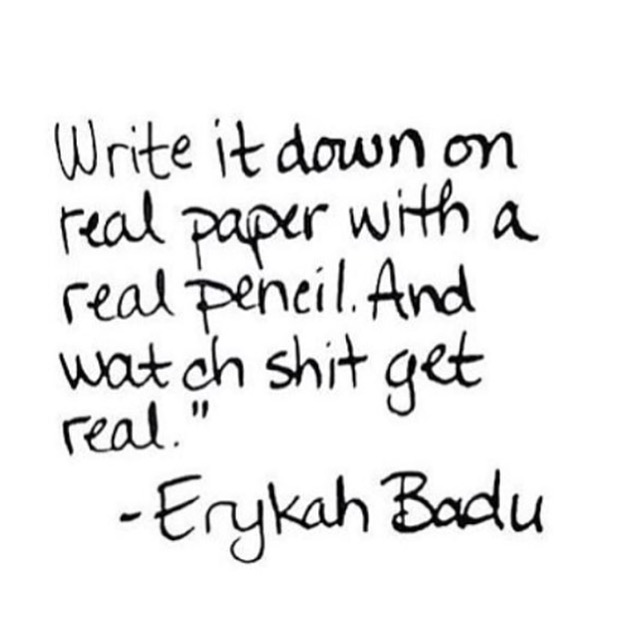 I don’t know who said that as soon as the ball dropped you would magically become a morning person or workout 2 hours a day everyday until you lost your 30 pounds in 30 days but they were wrong. The truth is a habit is hard to break and most people fail to realize that its easy to start a bad habit and hard to break it. You have to give yourself a realistic goal, if you have never worked out in 2015 trying to go 3 hours in the gym five days a week as soon as the ball drops is not as realistic as it sounds. Start out slow and build up, usually we have all of this energy surrounding what we want to accomplish and then we are hit with this overwhelming feeling because the task seems too great. Break your big goals down into smaller goals, you will eventually make it to working out five days a week for three hours in the gym but in the beginning how about setting the goal for three days a week and an hour in the gym?

I remember when I would make a New Years resolution and the second week I would have not stuck to whatever the resolution was. Instead of me dusting myself off and getting back to it I gave up. Just because you woke up late one morning or even two mornings in a row and your goal was to wake up an extra hour earlier every morning don’t quit because you failed. Your resolution is supposed to be a lifestyle change; we make these goals to become better people. The great thing about a resolution is that we create them for ourselves, we know what we need to change to help us become better so we create these goals to help aide us in becoming better people. We are human, what that means is we are not perfect, so if you fail even for an entire month get back up and try again.

When you are trying to become a better person sometimes you might have to change the people who you deal with on a regular basis. If I am trying to lose weight and I hang out with people who constantly speak negatively about my weight lost goals…you know the type, “oh now you trying to go to the gym, everybody want to get fit,” how will this help me? (How Sway How)? Now I’m not saying drop every friend but I am saying listen to what friends encourage you and what friends discourage you. Don’t get it twisted sometimes you may need a reality check, there is a difference between a friend who is willing to keep it real with you and a negative friend.

And while we are on the subject of friends sometimes they won’t directly say anything negative but their lifestyles no longer compliment yours. If you are trying to stop smoking and all of your friends smoke all day long how will this help you? It sounds a little harsh but think about it, if you are trying to begin a new chapter in your life but your friends are still two books behind and not trying to catch up in any way, how long can you realistically be friends and it be a healthy relationship? Again, I am not saying drop every friend who doesn’t mimic your new life, I am saying take into account friends who refuse to enhance their own lives thus making it difficult to have a growing and healthy friendship.

You can read all the blog posts and articles you want about accomplishing your 2016 goals BUT if you don’t believe it then none of it matters. You have to believe that 2016 is your year, and in 2016 you will accomplish every goal you have set our for yourself. 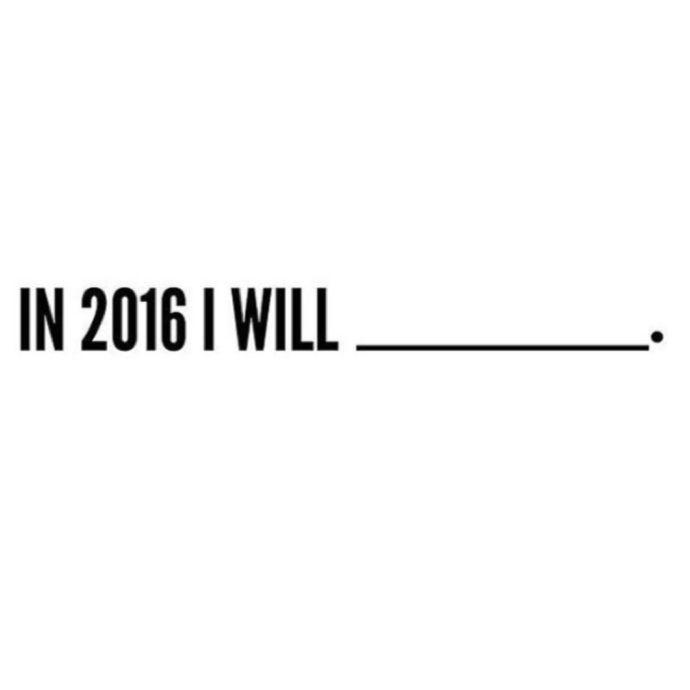 Previous: Brandy stars in new sitcom “Zoe Ever After”
Next: Life As A Broke College Student