Nick Cannon believes all the Oscar talk is just a distraction

Nick Cannon is best known for his films and making us laugh on his hit improv show Wild n’ Out. The Academy Awards have been the topic of discussion regarding race and the lack of diversity. Not one black person was nominated this year for an Academy Award. Actress Jada Pinkett Smith expressed her concerns along with director Spike Lee, they both are boycotting the Oscars along with other Black Hollywood’s elite. Nick Cannon however took a different approach when addressing his concerns about the awards show, he believed that it was a distraction from issues that we need to be addressing. Nick Cannon created a thought provoking spoken word piece to shed light on the recent issues involving police brutality, the lack of people of color on election boards, the lack of support and attendance from people watching and attending the NAACP Image Awards. 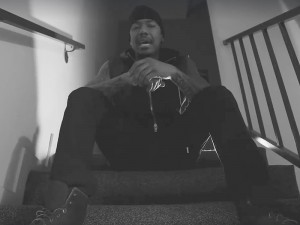 After watching the video I really appreciated Nick Cannon taking the time out to create it. Nick Cannon rarely ever publicly speaks on social issues, and this was the perfect way to address a lot of issues that we only address when they pop up as hash tags on social media but rarely continue the conversation once the story is no longer popular. I hope that people will get what Nick Cannon was trying to express because the message he was trying to convey was not only necessary but needed.