#Nofilter Photos of Earth from Space!

Last Thursday, June 11, 2015, astronaut Terry Virts spent his last day in space capturing some amazing views of Earth and the Great Pyramids and shared them with the world. 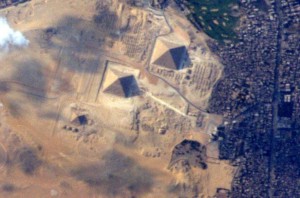 A Soyuz space capsule returned to Earth just in time for some beautiful pictures to be taken that the average person couldn’t normally be lucky enough to see.

The photos are stunningly clear, as I would hope considering it took Virts all six months to capture them, tweeting “it took me until my last day in space to get a good picture of these.” Virts and his two partners, Anton Shkaplerov from Russia and Samantha Cristoforetti from Italy, spent around 200+ days working on the International Space Station, and working on their photography skills apparently.

Virts posted some other shots of Earth at night, with a green band of aurora stretching across the planet saying “I will miss this view!” Who wouldn’t?! 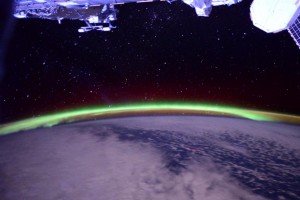 One of his more truly enticing photos, and my personal favorite, was this image of daylight breaking on the curve of the Earth, rightfully captioned “Home.” #nofilter

Virts and his crew Shkaplerov and Cristoforetti took off to the space station in November of last year and were with the stations Expedition 42 crew and stayed to form the core of the Expedition 43 crew, commanded by Virts himself. On Thursday the astronauts arrived safely back to the beautiful Earth we all are lucky enough to call home.