Another year has passed where people of color have delivered phenomenal performances on the silver screen but none have been acknowledged. This is the second year in a row that the Oscars has lacked diversity in nominating actors of color and it has not gone unnoticed. 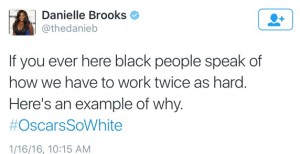 The academy has nearly than 7,000 members and majority of them are white, middle-aged, and male. It is no secret how bias the Academy is but it is surprising how blatantly they ignore talented people of color whom display inspiring, remarkable representation on-screen. The relevance of the awards has been questioned regarding the majority of the committee and their interest in stories being portrayed in movies. The middle-aged white board members cannot relate to the stories being told on-screen and deem these works less than worthy of something as simple as an Oscar Nomination.

“Straight Outta Compton” was nominated for “Best Screenplay” but it went to the white co-writers for the movie. Idris Elba did not even receive a nomination for his performance in “Beasts of No Nation” nor did Will Smith for his performance in “Concussion.” How does Sylvester Stallone receive a nomination for playing “Rocky” in a movie about Apollo Creed’s son? Movies that show people of color in a leading role other than a butler, slave, mammies or poor and struggling, the Academy is clearly not interested. If a film makes white audiences uncomfortable and challenges their ideologies of black people it doesn’t come on their radar. 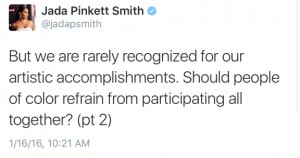 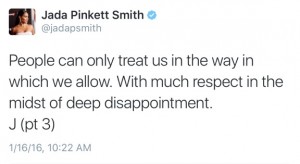 “Contradictory” is the word that comes to mind when thinking of this year’s all white Oscar nominations. People of color are not being acknowledged but are presenting awards on the night of the Oscars and perform. Is having Chris Rock hosting the show supposed to be distracting us at home viewers from realizing the individuals that look like us are just seen as entertainment and not worthy of an award nomination? Should POC begin to boycott until they receive the recognition they deserve?

Previous: Bill Cosby loses ANOTHER honorary degree
Next: Netflix Has Taken Over Degrassi