New York is the latest state to announce a near-end to the tax on tampons and other feminine hygiene products. On Monday, the state Senate voted unanimously to cease the immoral tax on these women’s health necessities.

New York follows behind Canada and the states of Massachusetts, Pennsylvania, Maryland, Minnesota, and New Jersey to abolish the tax. A few other states, such as California and Rhode Island, have been pushed by recent social media campaigns to reconsider implementing a similar tax exemption. Utah has unfortunately failed to pass a bill attempting to remove this tax. 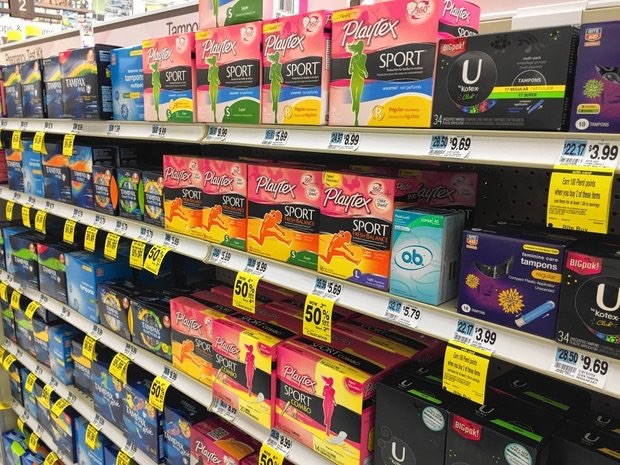 Feminine products were taxed because toiletries which don’t contain medicine weren’t originally considered to be exempted, unlike other medical supplies and equipment. Tampons and other like products have been tagged as “luxury items,” although menstruating is surely not a luxury.

Hyde Park based Senator Sue Serino heads and sponsored the bill. In an article with the Daily Freeman, Serino states, “To consider that we exempt cupcakes and circus performances from the sales tax in New York state, but not sanitary napkins and tampons — products women depend on — is beyond comprehension.”

The talk of the “tampon tax” has become a nation-wide hot topic. President Obama, in an interview with popular beauty vlogger Ingrid Nilsen, stated that even he is unsure of why the tax is there.

In the past month, five women have sued New York state because of this law. “It’s time for New York to stop taxing women for being women,” stated Ilann M. Maazel, the lead counsel in the suit against NY state.

Although the tax on feminine hygiene products still exists in a vast majority of the United States, the ban in NY is a tremendous victory and relief for many women. Through social media and publicity, the “tampon tax” will hopefully be gone, for good, very soon.