African vs. African American, can our cultures blend?

African vs. African American has been the longest discussion behind closed doors within the Black community. I use the term “versus” because for as long as I have been in this discussion (in college student org meetings and in general discussion) that is what it always boils down to. It would be nice to use AND because that is how I personally see Africans and African Americans. I see us as a united people with different cultural backgrounds. In conversation it starts to become a battle and you choose a side and stick to your guns. There was a post by freelance journalist and writer Zipporah Gene entitled, “Black America, please stop appropriating African clothing and tribal marks. Yes, that means everyone at Afropunk too.“

When I read the post I wasn’t even shocked because this has been a conversation that I have been apart of one two many times. From Africans being told by their parents that Black Americans are lazy, the men will leave you if you have a child with them, Black Americans have no culture (which isn’t true) so on and so forth. And then on the flip side, Black Americans are told that you can’t trust Africans under any circumstances because all they want is money and their citizenship. So when I say “versus” and not “and” it’s because I have sat in many battles when it comes to Africans and African Americans. It’s honestly the saddest conversation to sit in and listen to because we all know the history of how Black Americans even came to be Americans. It also saddens me when Africans will say that African Americans have no culture and are lazy, I always wonder if they know Black History in America? The actual inventors, scientists, doctors, lawyers, for crying out loud it was a black man who performed the first open heart surgery. I always wonder if they know that or do they like everyone else form their opinions of African Americans based on mainstream media? 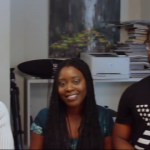 Africans & African Americans: Will we ever fully embrace one another? 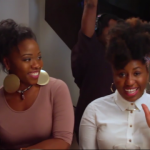 Africans & African Americans: Will we ever fully embrace one another?

Well, the conversation took place on The Grapevine, a show created by Ashely Akunna as a way to discuss a variety of topics in mainstream media and hear from the millennials. This topic I am sure will cause a lot of discussion and spark a lot of debate but its needed. One panelist made a comment in which I totally agreed on, in short she said we have all these negative stereotypes against each other, but who put these ideas into our heads? Who made it this way? I think that Africans and African Americans will come together and see how you can be united, share the same skin color, and have different cultural backgrounds. P.S Please read the post from our own #dormroomtv crew Shannon Nia “Dear African Culture. Signed, African American Culture.” Watch the video below….

Video: Africans & African Americans: Will we ever fully embrace one another?