Someone at Apple deserves a raise, during the Emmy’s Apple Music dropped the best commercial in 2015. Directed by the incredible Ava Duvernay, her concept to use three amazingly talented black women and have them jam to some classics was epic. When I first saw the commercial it was like watching Beyonce’s 7/11 video, I wanted to be apart of it. The commercial starred, singer Mary J. Blige, actress Kerry Washington, and actress Taraji P.Henson. 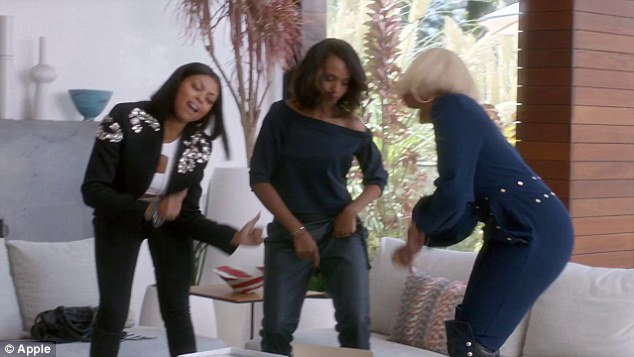 As soon as I saw the commercial I thought to myself, “no invite.” I wanted to be in the room jamming along side of my home girls (home girls in my head). From the clothing to the hair everything was on point, and we all love the commercial because it’s so relatable. I don’t know a woman on this earth who hasn’t had their girlfriends over their house and start jamming to music. Ava Duvernay was able to make black women relatable using a commercial for a music streaming service. The tag line, “instant boyfriend mixtape service” sealed the deal on the epicness of the commercial. I watched this commercial at least ten times since it has aired (I love it that much). Check out the commercial below…

Previous: Why you NEED to attend “The Kick Back”
Next: When Viola Davis Won The Emmy, Every Black Girl Won.